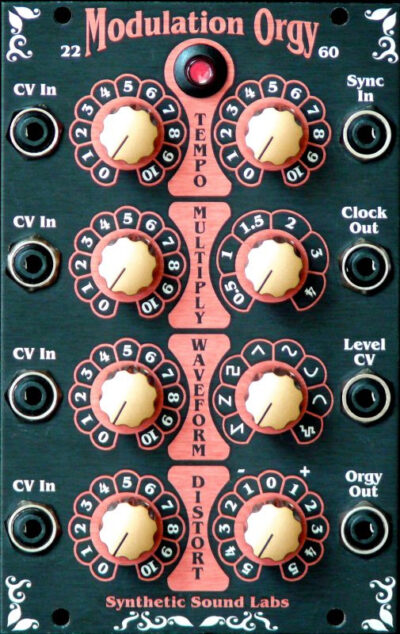 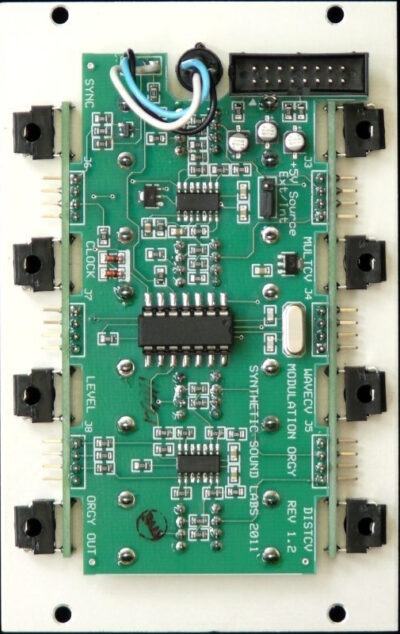 The 2260 can produce 8 waveforms, including a random (sample & hold) wave.

All the waveforms except the random wave can be altered by the wave distortion CV. 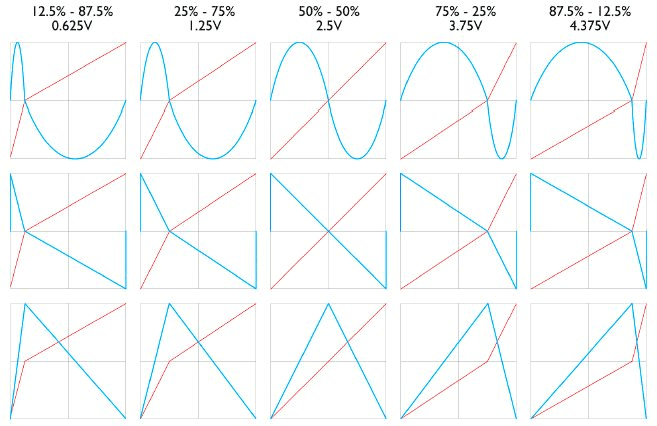 It also includes a tempo multiplier. This is combined with the tapped tempo to allow the LFO frequency to be set at a multiple of the tapped rate. The available multipliers are 0.5, 1, 1.5, 2, 3, and 4. This allows half- and double-time, and triplet times.

The LFO tempo, multiplier, waveform selection, wave distortion, and output level are all voltage-controlled using 0 to +5V. Negative voltages are are permitted, but may sometimes cause unexpected results.

The LEVEL CV input responds linearly to 0 to +5V and is normalled to +5V so that with no input, the 2260 outputs are at maximum. This convenient input can frequently save a separate VCA when doing voltage controlled modulation depth. 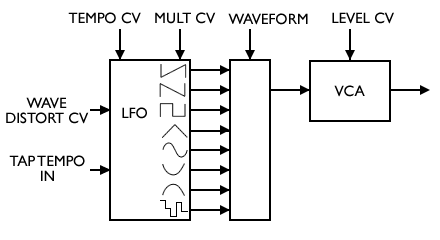 The SYNC input can accept clock pulses from other equipment, which allows the 2260 to be syncronized to other devices. A CLOCK OUT which can be used to drive other equipment, allowing a tap-tempo controlled clock for an analog sequencer or drum machine, for example. A phase reset on the first tap to the tap tempo input allows you to keep the LFO on the beat with a single tap. All waveforms reset to the top of the waveform.

CAVEATS – In that the 2260 waveforms are produced digitally, it should be noted that some amount of anti-aliasing effects occur at fastest rates. Although normally imperceptable in the majority of cases, very small steps may be heard at extremely slow rates and wide control swings. Due to minor component variations, Multiplier and Waveform switching points may not precisely line up with panel graphics. These are normal.